The Glymphatic System and Yoga 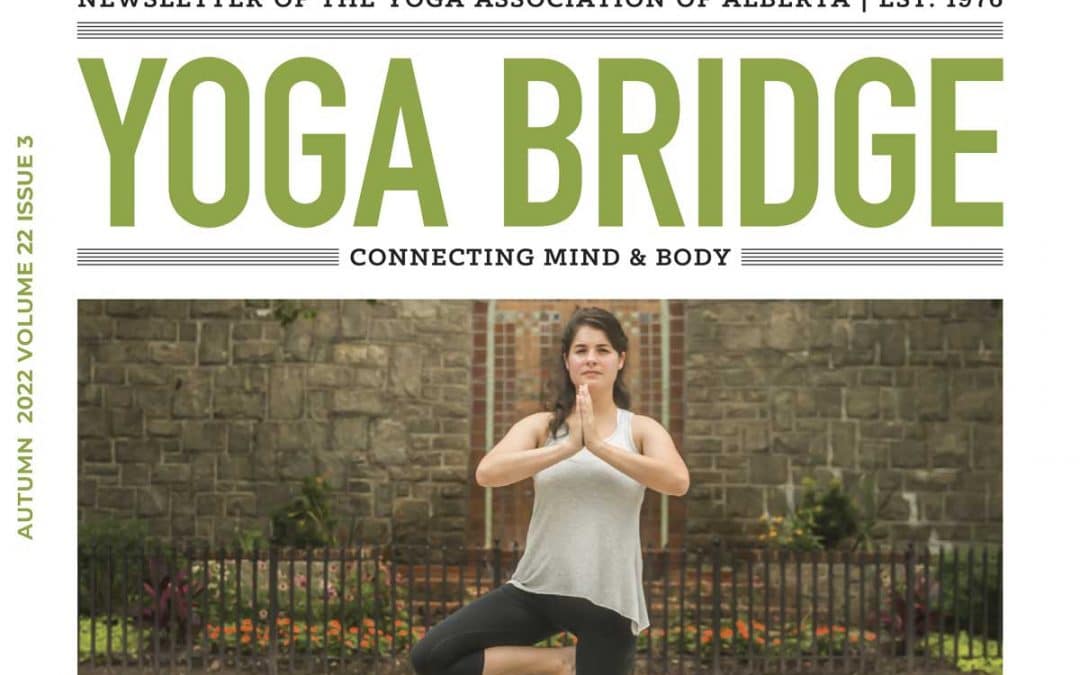 The glymphatic system (the glial cells and lymphatic system) is a recently discovered (around the early 2000s) microscopic waste clearance system in the brain. I will offer a simplified explanation and if you are interested in a deep dive on the science, the references I have included at the bottom of this article are a starting point. If not, this article summarizes why this might be of interest to yogis and yoga teachers.

Fluid pathways of the glymphatic system help distribute non-waste compounds (glucose and other nutrients, lipids, amino acids, and neurotransmitters) as well as rid cells of waste products. This exchange occurs between the tiny neural cells that help maintain brain homeostasis (equilibrium within the tissues) and the fluid around the brain and spinal column (CSF) with the interstitial fluid (fluid between any of our bodily cells) to clear interstitial waste from functional brain tissue. Scientifically, this exchange occurs at the cellular level involving astroglial cells and cerebral spinal fluid (CSF) with interstitial fluid to clear interstitial waste from the brain parenchyma. The waste is ultimately moved into perivenous pathways (surrounding the veins) and ultimately cleared through cervical lymphatic vessels (those that run through the neck area). Interestingly, the glymphatic system is largely disengaged during wakefulness and functions mainly during sleep.

Why do we care?

Waste clearance in the brain may be of particular importance for neurodegenerative diseases including Alzheimer’s disease (characterized by the accumulation of proteins, including amyloid plaques and tau tangles), Parkinson’s disease and amyotrophic lateral sclerosis. Although most studies were done on rodents (where most science begins), there is promise for the glymphatic and the functioning of lymphatics on humans.

Glymph transport seems most efficient when we sleep in the supine and lateral positions, increasing by 40-60 percent during sleep. This could be one of the main reasons why sleep is so restorative– it is ridding the body of neurotoxic waste products accumulated when we are awake. The space between the cells increases by about 60 percent during sleep because brain cells shrink. The increased space aids in the cleansing process because fluids are pushed through the interstitial spaces by the circulatory system–the pulsation of arteries. After the exchange occurs at the cellular level, waste products mix with cerebrospinal fluid and are carried to the liver which further aids in ridding the body of toxins. This process occurs during the deepest part of our sleep cycle, when our sleep waves are at their slowest. Quality of sleep seems to matter more than quantity.

Whether or not sleeping on the right or the left side makes a difference is equivocal. That is, it doesn’t seem to matter. The take home message is when we are in bed, we are at rest and our body is most often in a horizontal position. The flow of glymphatic fluid improves when the head is on the same plane as the body, regardless of your chosen position. Being horizontal promotes the movement of cerebrospinal fluid (CSF), interstitial fluids, including glymph, to the brain where it is able to clear itself of neurotoxic waste, rather than moving against gravity when we are sitting or standing.

Whereas some studies report that glymphatic flow is reduced by as much as 90 percent when awake, we can also give it a boost with exercise. The increased activity in both the cardiovascular and respiratory systems promotes the movement of blood, lymph, and other bodily fluids, including glymph.

How does yoga help?

The body rests and sleeps better after appropriate movement throughout the day so a regular yoga practice enhances our sleep and rest in general. Pranayama– preferably a deep breathing practice or alternate nostril breathing–is most helpful. Breathing helps rid the body of congestion, promotes the exchange of blood gases to purify the blood and its components, and is in general, nourishing to brain health.

Meditation, a part of most yoga practices, also promotes a healthy glymphatic system, either on their own or as part of savasana. Although you don’t always need a class to support your breathwork or meditation, it is easier to include these glymph promoting practices if they are part of something we are already doing–yoga! If a yoga class or session isn’t possible, it will help to take ten minutes of quiet time to close your eyes, sit, or lay in savasana. To support a short practice, add a meaningful mantra, use a meditation app, or a meditation of your choice. The key message is to give yourself a rest-promoting practice throughout the day. Natural ways to improve the glymphatic system can easily be incorporated into our life: sleep, movement, meditation, and breathing, all of which are supported with a regular yoga practice.

In a nutshell, practices to support a healthy glymphatic system are:

• A restful sleep at night

• Short rest during the day

• Move the spine through flexion and extension daily

Kim Fraser, a yogi for 14 years, is a 500-hour YAA Certified teacher. She is a nursing professor (>80 scholarly articles) with a research program focused on home care, family caregiving and health policy. Her book, The Accidental Caregiver: Wisdom and guidance for the unexpected challenges of family caregiving will be released in September/22.